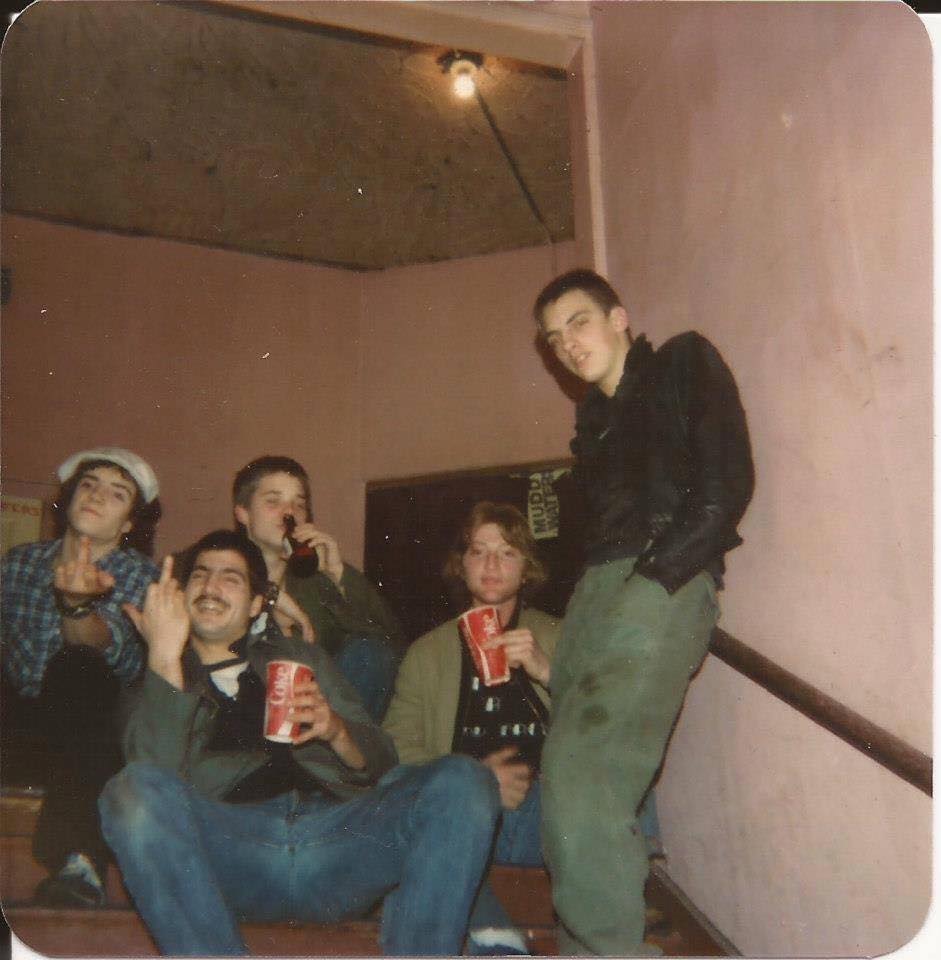 I was 17. It was 1980. I was your classic looking punk rocker; tucked pants into army boots, a black leather jacket, and hair spiked with Murray’s pomade. I was scary looking. If a car pulled up next to me while waiting at a red light, the driver would lock their doors. Although I projected a picture of danger, inside I was ultra sensitive and terrified of fighting. And to top it all off my heart and mind were at odds with each other. My heart lived by the ideals of universal love and my mind was raising an angry black flag to the hipocrasy and injustice I saw in the world.

One night I ended up dropping acid in my sister’s tiny apartment. One of the guys there was a Latino with a menacing goatee. He wore pointy boots, a checkered button down shirt, and black pants. I automatically labeled him as a brutish macho man. He looked at all of us punks suspiciously, especially me. I was afraid of him and as I started tripping my imagination took ahold of me and I contrived a story that he was a gang member. We stared at each other throughout the night, trying to sniff one another out. As much as I was threatened by his looks he was also threatened by mine. I tried my best to avoid his vibe in the tiny apartment but I was tripping so hard I couldn’t. I didn’t feel safe. I decided to hide out in the bathroom. As I walked down the hall I noticed he was following me. I entered the windowless bathroom and two seconds later he barged in on me.

He said, “What in the world do you think you are, a man or what?” I froze. There was no escape. He was ready for a fight. I cowered in the corner and just as he was about to slam his fist into my face, I spontaneously blurted out, “I’m a human being!”

He was not expecting this answer. His face turned from smelling an animal’s ass to smelling recognition between us. He was no longer the macho Latino gang member and I had ceased to be the tough punk provoker. There was no reason to fight. We were two human beings. Breath entered the room.

For as long as I live I’ll never forget this moment. I wish there was a magic wand that could be waved across the universe that could strip our minds of the endless labels we impose on each other. Is it truly impossible that we can’t drop our fears and biases? Can we not remember that no matter how different we look on the outside, or what we believe, or identify with, at the root of us all, every last one of us, is the simple fact that we are all human beings? My angry mind says it’s impossible. But the ideals of my heart are telling me to keep practicing, to keep teaching, to remain centered in my heart, because sometimes shouting out, “I’m a human being!” can bring peace or at least stop a fist from being slammed into your face.