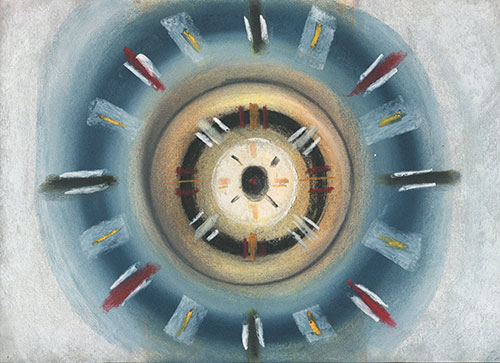 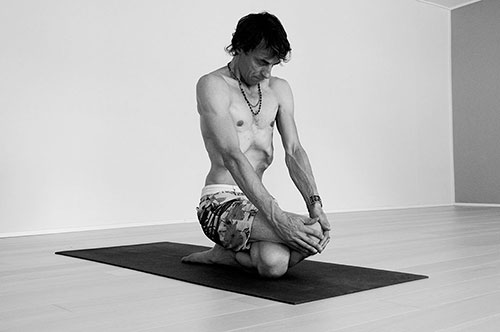 David Garrigues is an internationally recognized yoga teacher and creator of the Asana Kitchen video instruction series that is one of the leading online yoga learning resources on YouTube. David travels extensively throughout the US, Europe, and India offering workshops, in depth studies and retreats.

David also writes passionately and eloquently on the subject of yoga. He has written Vayu Siddhi: Secrets to Yogic breathing, King of Asanas: Mastering Head Balance and Inversion Principles, and Maps and Musings. David has numerous online courses and writings on his website that students around the world utilize to progress in their hatha yoga studies.

For almost 30 years David has maintained an enthusiastic personal practice that is dedicated to asana and pranayama study in the Ashtanga tradition. His intense dedication to practice and to teaching inspire his students who form a diverse soulful, open hearted, and serious global learning community.

The Asana Kitchen and Instructional Courses

David was introduced to yoga at the age of 16 when a friend taught him the classic set of postures known as Surya Namaskara (Sun Salutations). David maintained a self-taught practice for more than a decade before everything changed when he met Marie Svoboda, Seattle’s “grand dame of yoga” in 1991. Attending her classes lit an everlasting fire for yoga in him and he immersed himself in a serious yoga study. During this time David also had the great fortune to study intensively with senior BKS Iyengar teacher Aadil Palkhivala attending weekly classes and participating in many intensives and teacher trainings.

David's mission is to help students of yoga flourish within the living, contemporary lineage of Ashtanga Yoga. He aims to be part of the circle of hatha yoga lovers who are devoted to applying the teachings of ashtanga yoga in ways that promotes physical, psychological, and spiritual growth in themselves and others.